He works in the areas of Cognitive Science, Information Science and Educational Technology. Sugata has been working in these areas as well as in Physics and Energy for more than 30 years and holds a PhD in theoretical Solid State Physics.

His contributions include a number of inventions and first-time applications. Among other applications, he is credited with having started the database publishing industry (particularly the Yellow Page industry) in India and Bangladesh, as well as having implemented the first applications of digital multimedia and Internet based education in India in the late 1980s.

In 1999, Sugata dug a hole in a wall bordering an urban slum in New Delhi, installed an internet-connected PC, and left it there (with a hidden camera filming the area). What they saw was kids from the slum playing around with the computer and in the process learning how to use it and how to go online, and then teaching each other. In the following years they replicated the experiment in other parts of India, urban and rural, with similar results, challenging some of the key assumptions of formal education. The ”Hole in the Wall” project demonstrates that, even in the absence of any direct input from a teacher, an environment that stimulates curiosity can cause learning through self-instruction and peer-shared knowledge.

Sugata is building on this discovery through the design of hardware and software that enable children to reach the intermediate to expert level entirely on their own. His current research is leading towards an alternative primary education using self organised learning, mediation and assessment environments. His work inspired the book ‘Slumdog Millionaire’ that went on to become the Oscar winning film of 2009.

The global consequences of Sugata’s discovery for closing the digital divide have resulted in many international awards including The Raizada Award for the best paper of 1999 from the Computer Society of India, 1999; Best Social Innovation of the Year 2000 Award from the Institute for Social Inventions, UK; Man for Peace Award for 2002 from the Together For Peace Foundation, Italy; Dewang Mehta Award for Innovation in IT, Ministry of Information Technology, Government of India, 2005; Best Education Research Article in an Open Access Journal for 2005; Communication of Research Special Interest… 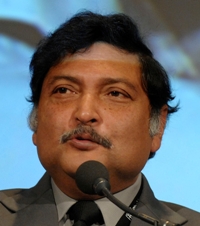 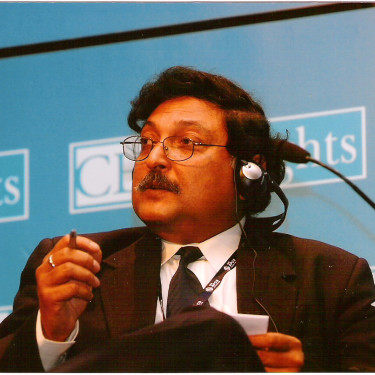